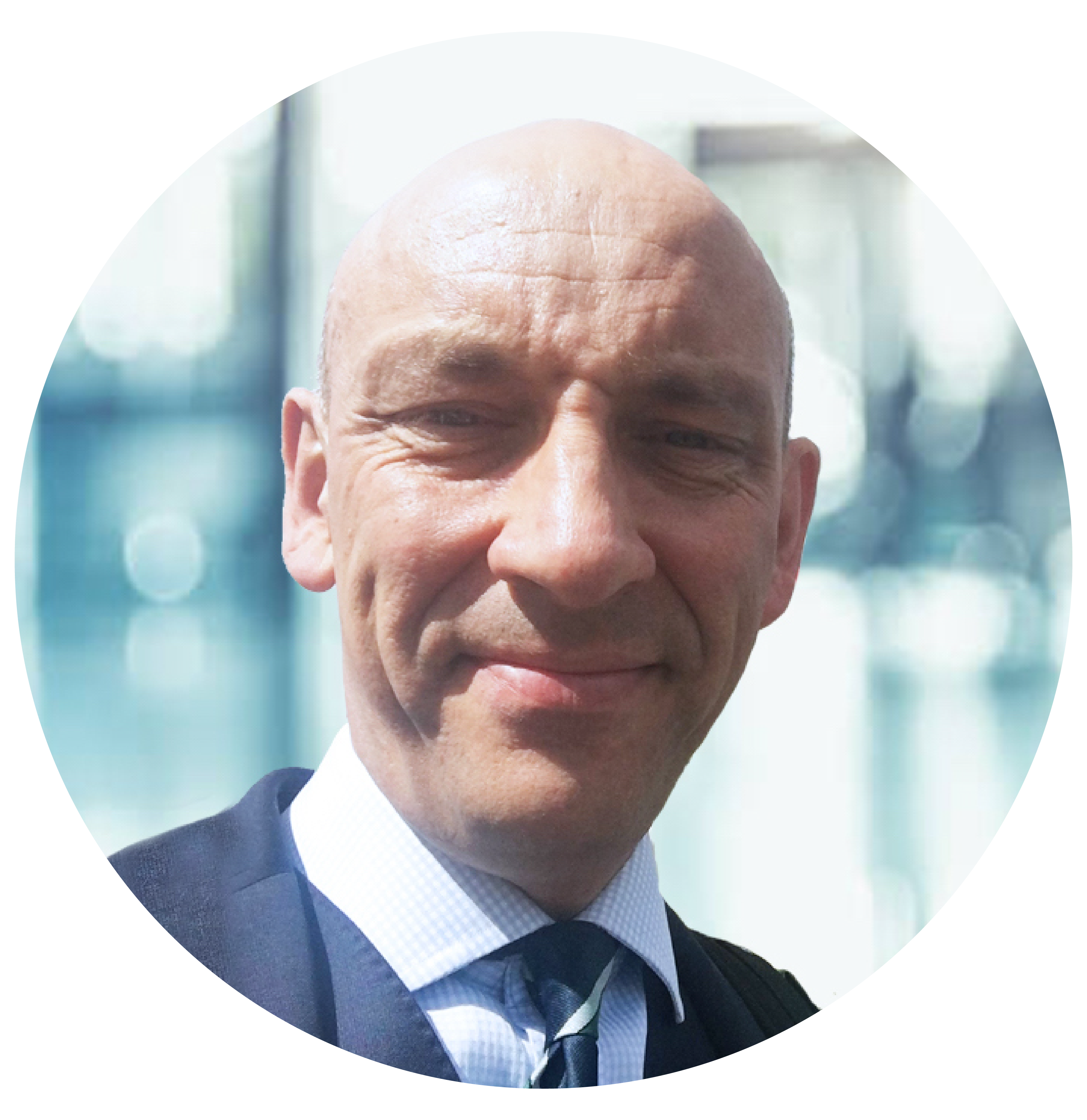 Chris is a Dairy Farmers’ son; this has played a huge part during his career and passion for Dairy.  He is currently President of the Society of Dairy Technology (SDT) and chief steward for the International Cheese Awards.

In his previous employment positions, Chris has worked as a food supermarket manager, product development technologist, an operations manager with Milk Marque, Warehouse Operations manager, he has lectured in Food and Dairy Technology for 15 years in addition to managing the product development halls at Reaseheath College. He has worked for 5 years with Arla Foods as their Technical Competence Development Manager, 12 months with Tetra Pak UK processing systems concentrating on dairy plant business development. Most recently he developed his own Dairy Technology Training and Consultancy business and now works as Head of Quality with Muller Yogurts and Desserts.

In his spare time Chris enjoys spending time with his family, running and army cadets! 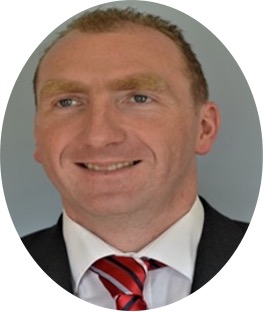 Past President of the Society and committee member of the Southern Ireland Section.

Paul has over twenty years experience working in the Dairy Industry having held technical and senior management roles with Kerry Group, Wyeth Nutritional's (Nestle), Glanbia and Dairygold. He is also a current member of Enterprise Irelands Techical Evaluation Panel for technically reviewing state funded projects. Paul currently is Director of his own consultancy business "Food Science Appliance" and a co-founder of "Foirfe-Process and Product Solutions" a consortium of consultants working together to deliver value for customers.

An avid sports fan who loves travel and enjoys the simple thig in life socialising with family and friends and being involved in local community groups. 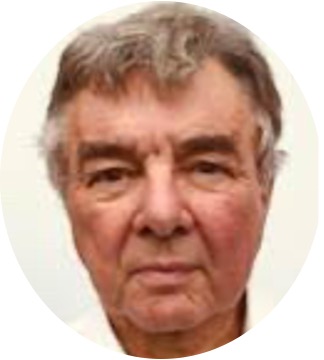 Mike is an experienced manager with a history of success and a proven record of both technical sales and business management. A leader with a high level of technical knowledge coupled with creative aptitude and determination to succeed. He has worked for many years in the ingredients supply industry and witnessed consistent and continuous improvements in a commercial focused career.

More recently Mike has stopped full time work but retains a strong interest in the industry and runs a small consultancy business with a focus on fermentation of foods. Mike has served on the council of the Society of Dairy Technology since 2020.

Off duty Mike holds the chair of a local Community Amateur Sports Club and is an active member of a club which exists to raise money in support of Hope House Children’s Hospices, a centre of excellence for children’s palliative care and support of families facing the terrible situation where they lose a child.

Alan retired from Tetra Pak in 2019 after 41 years working in Dairy Industry process equipment supply. He joined the Society in the late 70’s just after he started at Alfa Laval as a Proposals Engineer in the Dairy Department.  Alan is a chartered Chemical Engineer and a member of the Institution of Chemical Engineers. He is a heat transfer expert and the turn to person when it comes to issues in Dairy processing. He has also worked in the Beer, Juices, Carbonated Soft Drinks, Cheese and Prepared Food Industries.  Alan continues to support Tetra Pak when required.

Alan is married with one son and two grandchildren. During all his working life has been involved with the Scout movement been a Group Scout Leader since 1989. 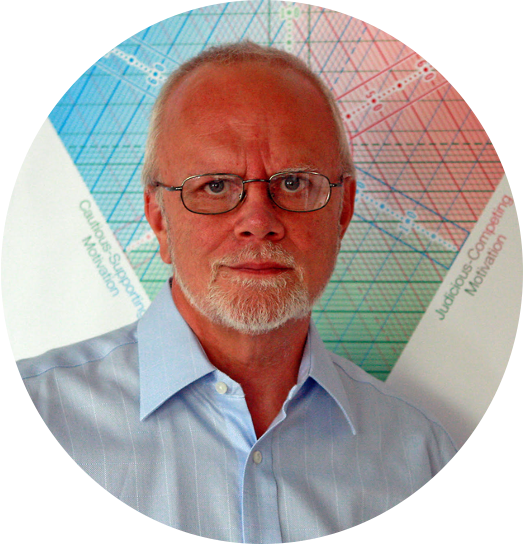 The honorary secretary works closely with the Executive Director to ensure the Society complies with charity law and operates in accordance with its Constitution and Articles of Association. Ken is the author of the recent SDT e-learning series, several of the chapters in the SDT Dairy Technology Handbook, and has published a number of papers and book chapters related to dairy processing and technology. Ken has been a frequent speaker at SDT symposia and meetings in the UK and Ireland, and is a past President of the Society.

Ken is a Chemical Engineering graduate of Imperial College, London. He also holds a Doctorate in Biological Engineering, and Masters degrees in Business Administration and Food Law.

Ken has worked in the dairy industry for over 40 years in a wide range of roles including Research & Development, Quality Assurance, Engineering, Manufacturing Services, Compliance and Environmental management. He held Technical Director positions with Dairy Crest and Yoplait before setting up a successful consulting business.

Pastimes including continuing education in biological sciences, helping with IT applications in his local church, and keeping up with the cricket at Trent Bridge. 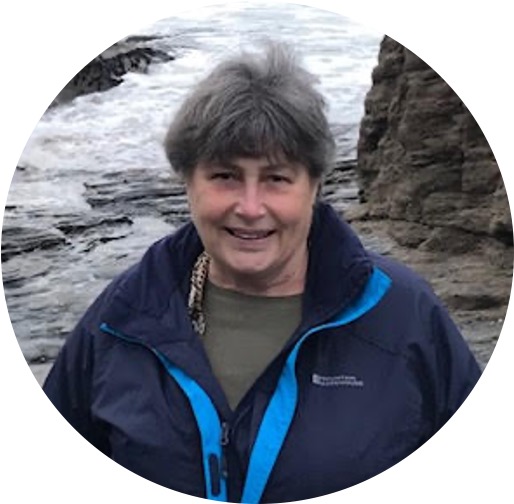 Liz has been a member of the Society since 1978 and in that time has been Chairman of the East Midlands Section, Council member, Honorary Treasurer, President and Executive Director of the Society.

Liz has worked in Technical aspects of Dairy Technology for all of her career, although in the education sector for much of it, moving from that into her own consultancy in 2005. Dairy is a passion for Liz but cheese most of all where she ran cheese courses regularly until Covid hit.

Liz is now retired and, in her spare time she enjoys spending time with her two Fell ponies and has ridden since she was very small. Her other hobbies are gardening, body boarding, orienteering, water colour painting and  wildlife. Liz is a trained Marine Mammal surveyor. 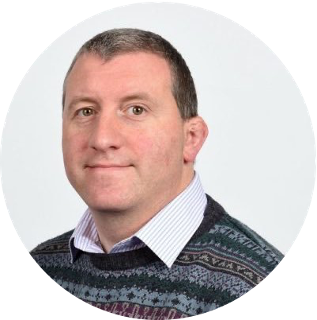 Gary is the Chairman of the Northern Ireland section and is responsible for NI development plans, pursuing growth opportunities, new projects and work which contribute to the sustainability and growth of the Society at the regional level.

Since graduating in Food Technology from CAFRE, Gary has achieved a postgraduate diploma in Strategic Management and Marketing from Queen University Belfast. Gary is also a Fellow of IFST, an associate member of the Specialist Cheesemakers Association, and former member of DIAL/Dairy UK NI Scientific & Technical Committee.

Editor for the IJDT and Council Member - Dr Michael Mullan 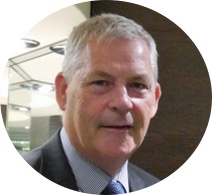 Michael is the Editor-In-Chief of the Society’s Journal, the International Journal of Dairy Technology.

Following working at the West of Scotland Agricultural College as a lecturer and specialist adviser in dairy technology he joined the Department of  Agriculture (DARD) in Northern Ireland as the Head of the Dairy Technology Department.  More senior roles in Food and Agricultural Education management followed. He had a joint DARD/Queens University Belfast (QUB) appointment as a lecturer in food technology. Michael was the UK representative and Deputy Chairman of the International Dairy Federation Group F19, Indigenous Anti-Microbial Proteins in Milk. 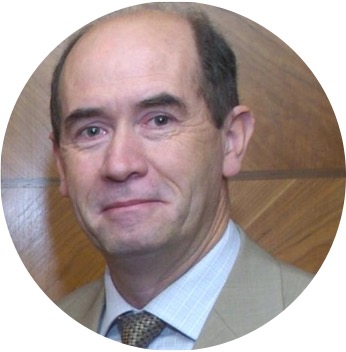 Dr John Tuohy is a past-president of the Society, a current member of the SDT Publications Committee and a former Editor of the International Journal of Dairy Technology. He is currently the Treasurer of the S. Ireland Section.

Manager of Moorepark Technology Ltd (MTL) and a Principal Research Officer at the Moorepark dairy research centre in Ireland.

Interests include domestic DIY projects and outdoor sporting pursuits, including golf – he is a past president of the Dairy Science Golfing Society in Ireland. 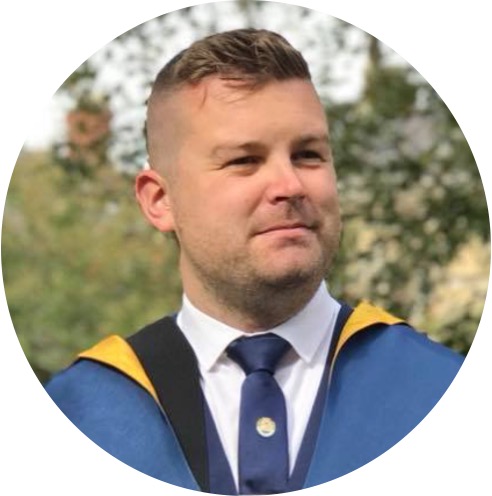 Ritchie joined the Society of Dairy Technology in 2014 and progressed onto the board shortly thereafter. Winning the award for Special Contribution to the Society, which he was very proud to receive in 2017.

Although dairy runs in the family, Ritchie started his career, in the Dairy industry in 2007 when he joined Arla Foods - Stourton, to get some experience whilst on a gap year. It became apparent that he had a passion for the Dairy industry and the gap year became permeant. He moved in and around the industry in many different  roles and managerial positions. Experiencing the full supply chain of the dairy sector. Ritchie then decided to enter into higher education and obtain a Dairy Technology degree in 2013. Graduating from Harper Adams University in 2017.

In 2018, Ritchie left Arla Foods and becoming a consultant within the industry and shortly after was invited to join NIRAS UK. Whilst at NIRAS Ritchie has worked with several dairies from large industry leaders to many small and emerging units.  Constantly aiming to progress his Project Management & Co-ordination experience whilst retaining, passing on and utilising his dairy knowledge, network and experience.

Ritchie has a passion for British History, the outdoors, sport (especially Rugby Union) and training. Religiously taking part in Boxing and Kickboxing training. His biggest passion though, lies with cars and his beloved Jaguar. 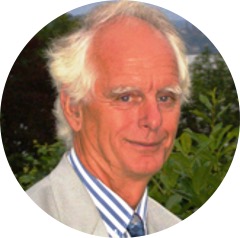 Ian read Chemistry at Oxford, completing his D. Phil in 1964. He spent 17 years as a Guinness Brewer, latterly developing European markets. A period in International Consultancy was followed by Dairy experience as Food Ingredients Director in Express Dairy, with roles in Ingredient marketing and nutritional products and activities in UK, Ireland and the USA.

Since 1985 he has been based in Geneva where he is currently Chairman of his market Research Company GIRACT. During the last 30 years he has also served as Development Director to Geest, Chairman of Alpheco, Chair of the Market Development function in the Milk Development Council with Brian Peacock, and as member of Council and of various Boards and Committees of the Royal Society of Chemistry.

With his wife, family and friends, he enjoys singing, sailing, skiing, rowing, swimming and Bridge. 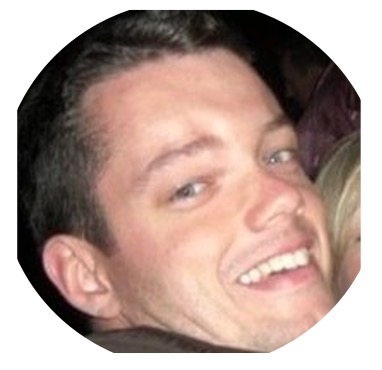 Alex was previously South West Chairman for the Society, but due to work commitments has stepped down to council member. Alex entered into the dairy industry in 2007 when he joined what is now Muller Milk and Ingredients, Bridgwater (Robert Wiseman Dairies) where he was based for 8 years. During this time Alex carried out roles in distribution/production and also completed Project Eden being on the first cohort.

In 2014, Alex moved to work with Sealed Air Diversey focusing on the supply of cleaning chemicals into the dairy industry, moving to another chemical company (AFCO) in 2016. Moving again in 2018, Alex now works for Tetra Pak processing in their Services team, supporting customers with valve, pump and instrumentation selection across the UK and Ireland.

Alex says “Life at home is never quite, with 3 children under 7 and two cocker spaniels. I can normally be found looking for peace and quiet on a golf course somewhere in the South West”.